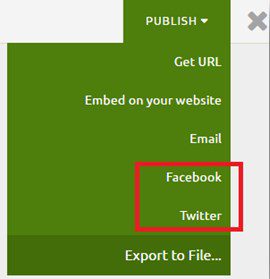 You will be warned before sharing your form on Facebook or Twitter as shown in the following screenshot.